HEARTWARMING stories of sacrifice and support have been flooding into the Salisbury Journal following the launch of the South Wiltshire Hero Awards.

A midwife who helped a distressed new mother after her baby was born with a rare birth defect, a business owner who came to the rescue of Christmas for many local youngsters, and the staff on a cancer ward at Salisbury District Hospital, are among the nominations.

The Awards, with its principal sponsor MI Permit, are aimed at those people and organisations in the county who deserve our thanks and recognition for all that they have done during the Covid-19 pandemic.

MORE – Nominate your own heroes and earn rewards

They are run in conjunction with our sister Newsquest titles in the region and are divided into three categories: Medical Heroes, Emergency Heroes and Everyday Heroes.

Bill Browne, Publisher of the Journal, said: “We are delighted with the variety of nominations we have been receiving.

“Just as we hoped, there have been some really great stories about those who have gone the extra mile; people who have worked selflessly for the benefit of others.”

Beth said her baby was transferred to Southampton’s Princess Anne Hospital because of a life-threatening defect that required surgery. 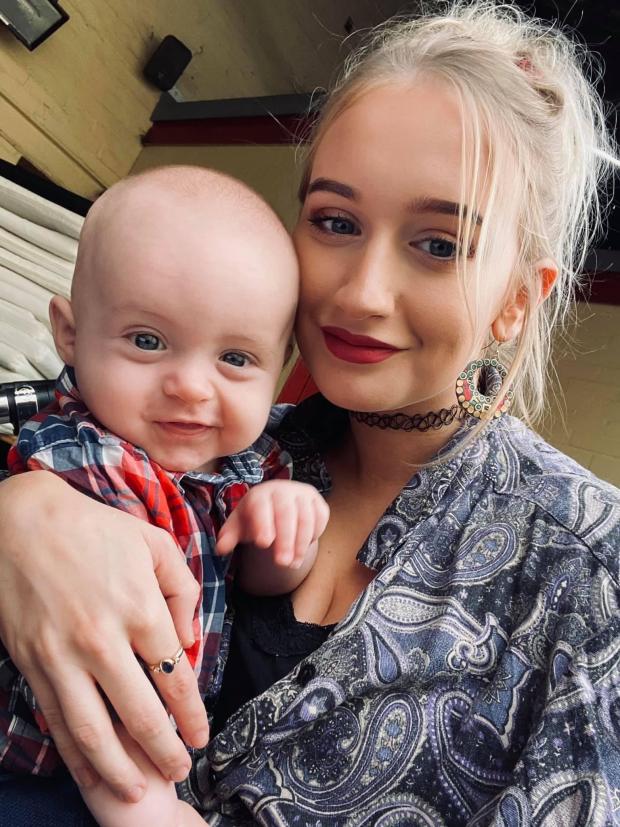 She said: “Hours later, I took a phone call that said if I didn’t consent to surgery my baby would die and I needed to prepare for the worst.

“Megan contacted Southampton, where she was a midwife, and explained my desperate situation.

“I got a lift up there from a family member and, when I arrived, Megan had spoke to those on shift and arranged for me to have a room for the night.”

Her son Remy Curtis is now out of hospital and Beth described Megan as her “guardian angel”.

She said Megan was a great support in the days that followed including buying her vital items she needed during her lunch break.

In return Beth hopes to raise money for the hospital’s NICU unit through a Justgiving campaign.

Louise McConnell, operations director at ReQuire Consultancy, was also among those nominated having launched ‘The Great Big Salisbury Christmas Toy Appeal’ as the country was locked down.

Husband Liam, who nominated her, said: “Using her contacts and energies she created The Great Big Christmas Toy Appeal to support under privileged children referred to us by various charity groups.

Despite initially hoping to raise enough money to buy toys for 20 children, the support over a five-week period was strong throughout the city and in the end saw her raise more than £11,500 in cash donations.

Also among those currently nominated is the healthcare team at the Pembroke cancer ward at Salisbury District Hospital.

Dawn Richardson said she wanted to nominate Emma Buckle and her fellow medics because they have “continued to provide outstanding service to the patients and in keeping everyone safe. We all still had our treatment despite Covid.”

Find out more about the hero awards.

Get more Salisbury news and nominate your local heroes for the South Wiltshire Hero Awards.

If you want online news with fewer ads, unlimited access and reader rewards – plus a chance to support our local journalism – find out more about registering or a digital subscription.

A MAN has died after a crash on the A303 yesterday. Salisbury Journal | News …

Good morning and welcome to our live blog. We’ll be bringing you the latest from Salisbury city centre today, as shops, hairdressers and pub gardens reopen for the first time in more than four months. Salisbury Journal | News …

THE nominations for people standing to be elected to Wiltshire Council have been released. Salisbury Journal | News …

Whenever a member of the Royal Family dies, there are strict plans in place for what happens next. Salisbury Journal | News …