A DIRECTOR of Old Sarum Airfield has responded to comments made by Wiltshire Council, saying they were left with “no option” but to start legal proceedings.

This came after the Airfield lost its High Court appeal against the refusal of planning permission to build 462 homes.

In response to the legal action, Richard Clewer, deputy leader of Wiltshire Council, said: “We’re disappointed that in this time of public need, we have to spend public funds unnecessarily resisting an unsustainable claim.

“However, we can confirm that we have received notice of legal action from Old Sarum Airfield, which we are strongly defending. Given these are ongoing legal proceedings, it would be inappropriate to comment further at this stage.”

In response to Cllr Clewer, Grenville Hodge, a director of Old Sarum Airfield, said he was disappointed with the actions of the council and its “lack of engagement”, adding: “It was never our desire to permit damaging noise or to bring legal action”.

Mr Hodge said: “In 2007 we agreed with Council’s proposals which would require flying operations to continue but reduce aircraft noise in return for quick planning action on the airfield so that we could still have a viable operation in spite of uneconomic flying.

“So we reduced flying by 50 per cent and prohibited both noisy aircraft and night flying.

“This has eliminated noise nuisance for many thousands of people for many years. It came at great cost to us as was obvious to Council.”

Mr Hodge says that in addition to losing millions in flying revenue, the Airfeld also spent millions of pounds to “bring forward our sophisticated, green, heritage development plans, plans which were initially fully supported by the Council”.

He added: “The Council performed its agreement with us for several years. It was only later when there was a change in the administration and new officers took over that they decided to ignore our agreement. This leaves us with no option.

“We will pursue not only Wiltshire Council through the courts but also certain individuals who have acted incorrectly.

“As the record clearly shows, at all times throughout this process, we have always sought to engage with all interested parties to do the right thing for the long term security of the airfield, the flying community and the residents surrounding us.

“Despite being forced to take this course of action to recoup our losses we are still open to honest dialogue with the Council in an effort to bring forward a sustainable and appropriate development for the site which both the Planning Inspector and High Court Judge considered to be in the public interest.” 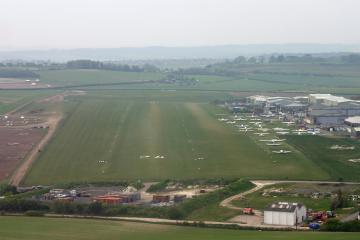 Salisbury residents have made the most of the sunshine this weekend as the city, and much of the country, was treated to spring-like weather. Salisbury Journal | News …

The number of people who have received at least one vaccine dose in Wiltshire, and Salisbury, has been revealed. Salisbury Journal | News …