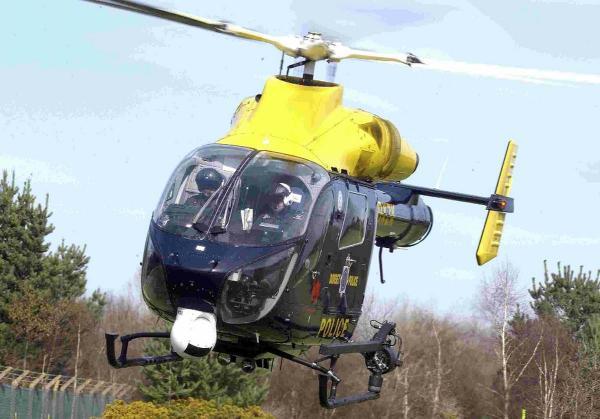 FOUR people have been arrested after a burglary which resulted in the deployment of a police helicopter and a pursuit by officers.

Police are appealing for witnesses after the incident in Alderbury last night (November 6). It took place in the Shute End area of the village at around 11.15pm when a number of men were disturbed in a residential property.

They fled the scene in a 4×4 vehicle at speed travelling through Downton before joining the A338.

Officers from the local community policing team, supported by the police helicopter, responded but the vehicle was “lost to sight”.

Police say due to the “speed and manner” in which the suspects were driving there was “a trail of property” that was found in the Nunton and Odstock areas.

The vehicle was later spotted on the A36 and officers pursued the vehicle, which was eventually stopped in Petersfinger.

The four occupants – three men and a 15-year-old boy – were all arrested on suspicion of burglary. All four remain in custody.

Inspector John Hutchings said: “Due to the dynamic nature of this incident, a number of police vehicles attended the scene and the A36 was temporarily blocked whilst the suspects were detained.

“This incident was brought to a swift conclusion thanks to the professionalism of the South Community Policing Team resulting in the suspects being arrested and the stolen property being recovered.

“We would like to hear from anyone who might have witnessed the burglary or seen anyone acting suspiciously in the Alderbury area.

“Similarly, anyone who might have dashcam footage of the vehicle travelling through Downton and along the A338 during the time of this incident is asked to contact us.”

ANOTHER week of lockdown adventures has brought another dose of nature to the Journal’s Camera Club. Salisbury Journal | News …

A WOODFORD Valley couple feature in a new series of Four in a Bed airing next week. Salisbury Journal | News …