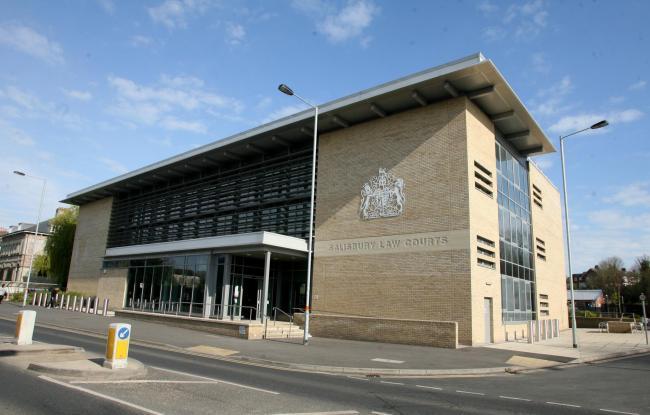 IAN MCWHINNIE, aged 45, of Bodenham, near Salisbury, pleaded guilty to speeding in a Mitsubishi Lancer along the A3015 Topsham Road, Exeter, on May 9 last year. The defendant was fined £100 and was ordered to pay a victim surcharge of £34. His driving record was endorsed with three points.

STUART ADDIE, aged 57, of Southwestern Road, Salisbury, pleaded guilty to intentionally damaging a front door and kitchen in Salisbury on January 29. He was ordered to pay compensation of £150 and costs of £100.

ANTHONY ADEKANYE, aged 46, of Witchell Way, Whiteparish, pleaded guilty to driving without the appropriate policy of insurance and appropriate licence. The offences were recorded on November 14, 2019, when Adekanye was driving a Ford Transit along Southampton Road in Salisbury. He was fined £76 and was ordered to pay a victim surcharge of £32 and costs of £110. His driving record was endorsed with six points.

THOMAS HENDY, aged 33, of Sperring Court, Midsomer Norton, pleaded guilty to driving in Salisbury without the appropriate policy of insurance. The incident took place on January 1 last year, when Hendy was driving a Kia Sportage along Harnham Road. He was fined £700 and was ordered to pay a victim surcharge of £70 and costs of £110. His driving record was endorsed with eight points.

ROBERT WHITE, aged 29, of Mooltan Barracks, based in Tidworth, was found guilty of driving a Ford Fiesta along the A338 in Porton without the appropriate policy of insurance on December 30, 2019. He was fined £750 and was ordered to pay a victim surcharge of £75 and costs of £110. White was disqualified from holding a driving licence for six months.

LEWIS PAGE, aged 29, of Upper Ox Hill, Purton, pleaded guilty to driving while disqualified. On January 28 Page was driving a Ford Transit along Central Street in Ludgershall, despite his driving ban. He did not have the appropriate policy of insurance. Page indicated a plea of guilty to possessing a quantity of cannabis on January 29. These offences happened during Page’s suspended sentence, following previous incidents of driving while disqualified. The defendant was committed to prison for 21 weeks. He was ordered to pay a victim surcharge of £128 and was disqualified from driving for 36 months.

Get more Salisbury news and nominate your local heroes for the South Wiltshire Hero Awards.

If you want online news with fewer ads, unlimited access and reader rewards – plus a chance to support our local journalism – find out more about registering or a digital subscription.

A MAN has died after a crash on the A303 yesterday. Salisbury Journal | News …

Good morning and welcome to our live blog. We’ll be bringing you the latest from Salisbury city centre today, as shops, hairdressers and pub gardens reopen for the first time in more than four months. Salisbury Journal | News …

THE nominations for people standing to be elected to Wiltshire Council have been released. Salisbury Journal | News …

Whenever a member of the Royal Family dies, there are strict plans in place for what happens next. Salisbury Journal | News …