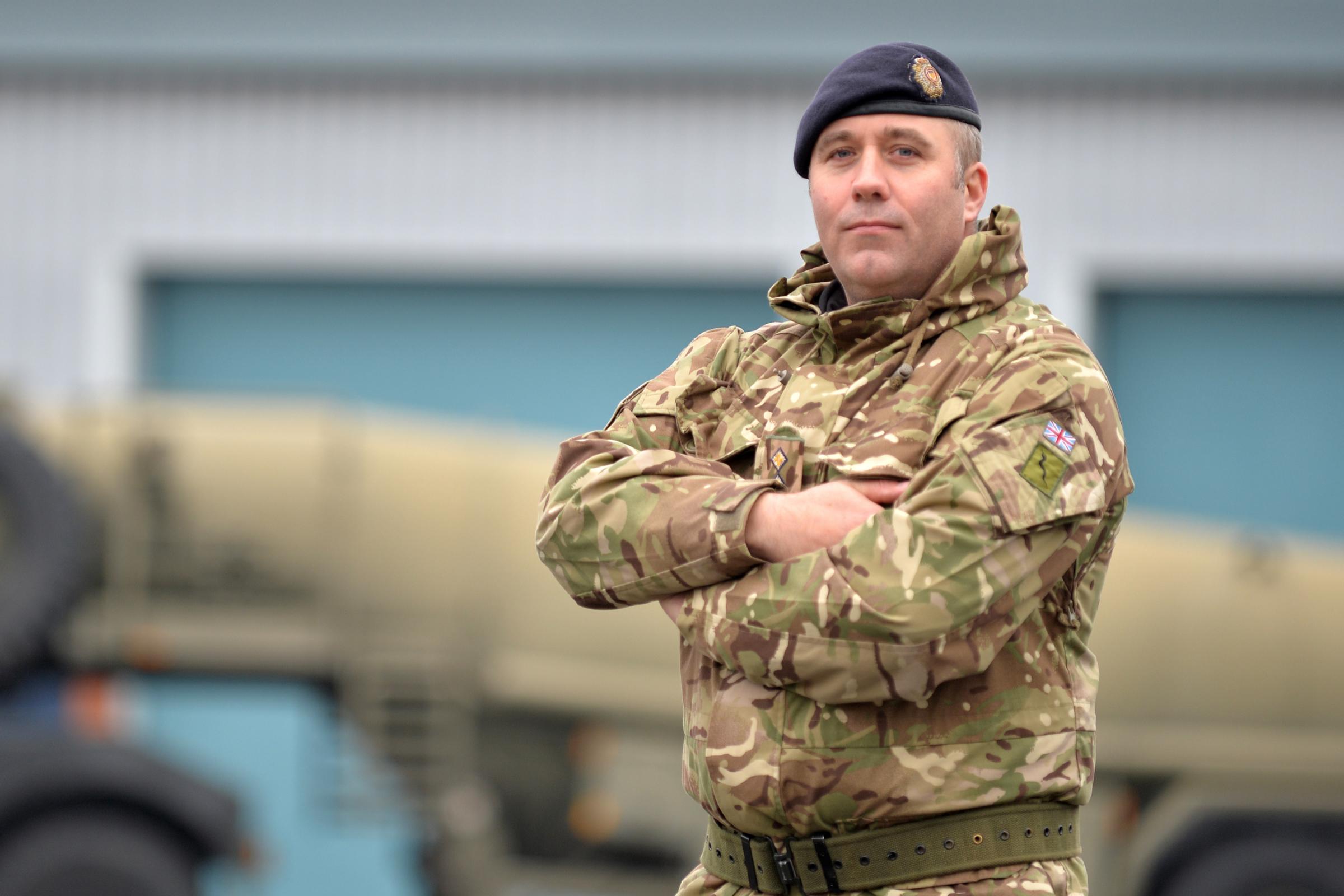 A Bulford-based soldier who disarmed a gunman threatening a crowd of shoppers while off-duty has been recognised for his bravery.

Captain Karl Williams, 42, was shopping in Southampton city centre when, alerted by “hysterical screaming”, he spotted a man pointing a firearm towards the crowd.

With no hesitation, he found the right moment to intervene to restrain the man and remove the weapon from him.

“It was a fight or flight scenario,” he said. “For a brief second I saw his attention wasn’t on anyone else and that this was the brief opportunity I could safely engage.”

The man has since been arrested and jailed while Karl, who serves with the Royal Logistic Corps, has received an award for his “unconditional bravery”.

‘The crowd were petrified’

Casting his mind back to that afternoon, Karl said: “On hearing loud hysterical screaming nearby, I cautiously approached the incident and observed a highly agitated man pointing a firearm towards a crowd of people in a threatening manner.

“The crowd were petrified, and I was unable to intercept the aggressor immediately due to the potential for exacerbating the situation and placing the crowd in greater danger.

“I monitored the situation from a distance before engaging the aggressor as he began to back away from the crowd and reach into his bag. It was at that point that I took him to the ground, disarming and restraining him in the process.

“It was a fight or flight scenario, for a brief second I saw his attention wasn’t on anyone else and that this was the brief opportunity I could safely engage.”

‘The moment it sank in’

When the danger was removed, the crowd dispersed shaken but unharmed.

After restraining the gunman, Karl went on to make the firearm safe and in doing so, realised it was a replica.

After the incident was over and done with, the day’s events started to sink in.

“I’d walked about half a mile away from the scene, it was at that moment that the adrenaline kicked in and my legs started to turn to jelly, it was then that it dawned on me what had just happened,” he said.

The Quartermaster at 19 Tank Transport Squadron based in Bulford has been recognised with a Queen’s Commendation for Bravery in the latest Armed Forces Operational Awards List Number 54.

His citation states: “The unconditional bravery and selfless commitment demonstrated by Williams was truly remarkable as he instinctively focussed on the safety of everyone else around him. For acting so impressively in the face of danger, Williams is unequivocally deserving of formal and public recognition for his bravery.”

On learning of his commendation, Karl said: “I am delighted and humbled to learn that I am to be awarded a Queen’s Commendation for Bravery.

“Since the day, knowing the individual had been detained in custody and then learning that he had been given a prison sentence, to me felt like matters were right, and to be honest I hadn’t heard or given thought to the event since.

“It was a complete surprise to me this morning when my Commanding Officer informed me of the news, I thought I was coming in for the normal day to day meeting.

“It is a strange feeling but a special moment because to me, I was simply doing something that felt right at the time.

“I remember my wife saying to me after the event that what I had done was stupid, I know she was only looking out for me but I did what my instinct told me and that was to dissolve the situation in the best and safest way I could.”

It is the day we had all been waiting for. Salisbury Journal | News …

Snow will be replaced by a brief burst of sunshine and then rain in the coming days in Salisbury, according to the Met Office weather forecast for the city. Salisbury Journal | News …